Almost 45 years after Ray, with his brother Des, began business with a single £2500 concrete structures project, he will join Des as a Deputy Chair of the Group, and continue his focus on innovation, people development and major clients.

Seamus French, the current CEO of Anglo American’s Bulk Commodities and Other Minerals division, will join the leadership team in January 2022; initially as Managing Director of the Europe Hub and CEO-designate, on a three-year contract.

The appointment to first lead the Europe business will facilitate an orderly CEO handover from Ray to Seamus following the delivery of the FY22 (April 2021 - March 2022) trading period, audit and accounts. Seamus will then be Group CEO and Europe Hub MD.

Seamus has already spent 18 months with the group as a Non-Executive Director, witnessing first-hand the improving performance of the business. He understands the discipline of the unique operating model and the development of Laing O’Rourke’s longer-term strategy, and has formed connections across the leadership team.

The Board and I have witnessed the extensive plc and international company operating experience that Seamus brings to the role. He is a world-class executive with rich engineering experience, a successful leadership and project track record, and deep knowledge of our operating markets.

Cathal has informed me and the CEO that the end of the next group trading period would present a good juncture – for him and the business – to enact the succession plan and hand over executive accountability for the Hub.

He remains committed to the continued success of the Australian business and will be available as an advisor to the new Managing Director. He will also take up a position on the group board as a Non-Executive Director.

We thank Cathal for the successes achieved in the Australian market under his tenure, where he has built a strong leadership team with a trusted reputation in the marketplace. His term has also included taking leading positions on diversity, inclusion, and collaborative contracting for our sector.

The Australia Hub has been instrumental in the success of the Group over recent years and is set to contribute strongly to our future growth.

I am pleased to announce the next Managing Director of the Australian business will be Rebecca Hanley, the current Group Director of Strategy and Transformation, and leader of Laing O’Rourke’s R&D operations.

Rebecca has worked with Laing O’Rourke since 2016, collaborating with Ray in London on the financial and operational restructuring that was required to transform the business, culminating in the group’s ‘Deliver 2025’ agenda.

She brings a strong strategic and financial skillset to the role, as well as broad sector experience from past roles in resources, oil and gas, advisory and private equity.

The board is delighted that an internal candidate of her capability, leadership style and commitment to the business is succeeding Cathal, to build on the successes of the Australian business.

She will assume the Managing Director’s role for the start of the new group trading period in April 2022.

Commenting on his appointment as Europe Managing Director and CEO-Designate, Seamus French said:

“I am honoured that the Board has given me the opportunity to lead the business. During my time on the Board, I have been hugely impressed by Laing O’Rourke’s team, its technical and engineering expertise, the current portfolio of projects and strong order book. It has a compelling vision to transform construction and to build safely and sustainably, while always caring for its people.

“Ray, Des and the leadership team have set some very exciting ambitions for the next few years and I’m confident we have the people and experience to achieve those goals, while continuing to push the boundaries of what’s possible in this vital industry.”

From 2022 the Group Board will comprise:

Sir John strengthens the Board with the appointments of experienced Non-Executive Directors Charlotte Valeur and Greg Branch.

Seamus French is appointed to the Laing O’Rourke board as Non-Executive Director.

Rowan Baker joins Laing O’Rourke and the Board, as Group CFO.

LOR files its accounts for FY21, showing a third consecutive year of profitability and announcing it has refinanced with just one bank, HSBC, on a £35 million facility. The company also reduced its debt position by £182 million between April 2020 and October 2021, reinforcing its plan for sustainable growth.

Rebecca Hanley begins role as Australia Hub Managing Director, taking over from Cathal O’Rourke, who will take up a Group Board position.

CEO transition completes from Ray to Seamus, following the formal close-out of the FY22 accounts and audit. 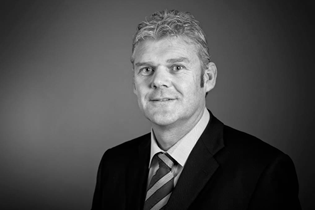 Seamus has been with the Anglo American group for 14 years and is currently the CEO of its Bulk Commodities and Other Minerals division, delivering 40% of the group’s revenue and operating profit. He has responsibility for the Anglo’s Coal, Iron Ore and Nickel businesses and is a non-executive director of Kumba Iron Ore.

Prior to this, Seamus worked for WMC Resources in Australia from 1994 in a strategic planning and business development role, and progressed to various operational management positions. He then joined BHP Billiton as Global Vice President, Business Excellence, following its takeover of WMC in 2005.

Now based in London, Seamus has a Chemical Engineering degree from University College, Dublin. 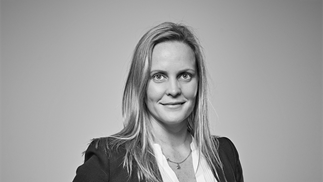 Rebecca has been instrumental in leading the Group’s development and global strategy since 2016, and has also been deeply engaged in the Laing O’Rourke’s Advanced Manufacturing, R&D, Data and financial turnaround initiatives.

Rebecca previously worked in strategy and financial leadership positions, including for PricewaterhouseCoopers in both the UK and Australia and global consultancy roles. She has sector experience across resources, oil and gas, advisory and private equity.

Based in Sydney, she is a Chartered Accountant with an MBA from INSEAD in Paris.