Our leadership team has the breadth of expertise and depth of knowledge to drive our strategy, grow revenue and continue to deliver profitable performance from our core business operations. 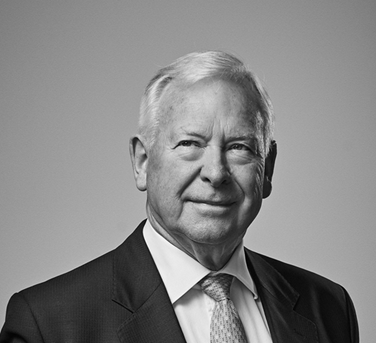 Sir John Parker, Chair of Laing O'Rourke, has built up an enviable reputation across a range of industrial sectors as a leader in the boardroom, including Chair at five FTSE100 companies. As former President of the Royal Academy of Engineering and a visiting Fellow at Oxford University, he takes a keen interest in the development of engineering technology and talent, a core value of Laing O'Rourke's global business.

Sir John, Ray O'Rourke and the Group Executives' focus is on making Laing O'Rourke the recognised leader for innovation and excellence in the construction industry. 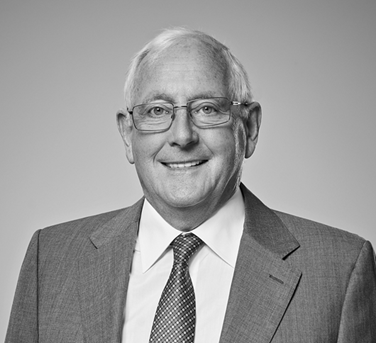 Major Shareholder and founder of the Laing O’Rourke Group. He chairs the Group Executive Committee and is responsible for leading the strategic direction and operational management of the Group’s business activities. Ray founded R O’Rourke & Son in 1977, and commenced trading the following year. The business acquired the construction arm of John Laing PLC in 2001, and with the acquisition of Barclay Mowlem in 2006, created today’s extended international engineering and construction group.

Ray has a passion for developing and promoting engineering and project delivery talent to meet global construction challenges, and has a keen focus on safety performance. 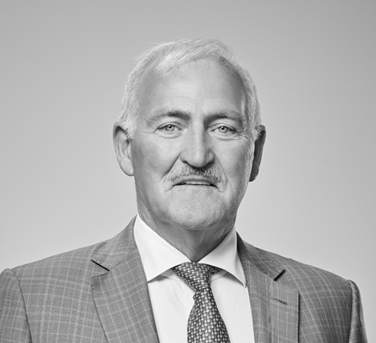 Shareholder and co-founding director of the Laing O’Rourke Group. Des provides Board-level support to the Chair and Chief Executive in the operational management of the Group’s business activities. Des has a proven track record in project delivery, mobilising large teams of people onto complex projects around the world. 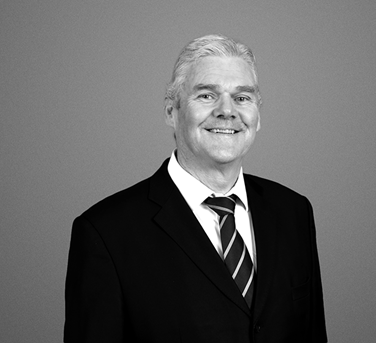 Seamus joined Laing O'Rourke as Europe Hub MD and CEO-designate in January 2022. He will initially lead the Europe business, working closely with Ray O'Rourke to ensure a smooth CEO handover following the delivery of the FY22 (April 2021 - March 2022) trading period audit and accounts. Seamus will then be Group CEO and Europe Hub MD.

Before his appointment, he spent 18 months as member of the Group Board as a Non-Executive Director.

Prior to joining Laing O'Rourke, Seamus spent 14 years at the Anglo American group where, most recently he was their CEO of Bulk Commodities and Other Minerals division, delivering 40% of the group’s revenue and operating profit.

Seamus has a Chemical Engineering degree from University College, Dublin. 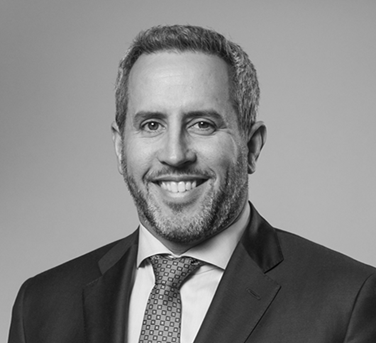 Following a number of senior leadership roles across the business, Cathal relocated to Australia where he served as Laing O’Rourke Australia Managing Director from 2013 until 2022. In 2024 he will join our global board as a Non-Executive Director.

Throughout his time as Managing Director, Cathal was a tireless advocate for driving positive industry change and in 2020 was elected President of the Australian Constructors Association where he led significant reform initiatives to ensure a healthy, dynamic and thriving construction industry for the future.

He also played a leading role in securing, delivering and sponsoring a number of significant building and infrastructure projects in Australia and during Cathal’s time as Managing Director, the business was twice named as one the country’s most innovative businesses, and was the 2016 Winner of the Australian Construction Achievement Award.

Cathal graduated from the University of Birmingham with an honours degree in civil engineering and is a chartered civil engineer and a member of the Institution of Civil Engineers. 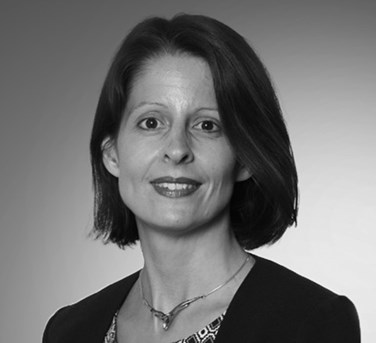 An experienced finance executive, Rowan joined Laing O’Rourke from McCarthy & Stone plc, where she held the role of Chief Financial Officer. Prior to joining MCCarthy & Stone in 2012, she worked in finance for Barclays Bank plc and professional services for PwC.

During her most recent role, she has also gained extensive experience of the construction sector and the challenges it faces to improve productivity, deliver greater certainty for clients and overcome a long-standing skills shortage.

Rowan has a masters degree in Law from Cambridge University and is a qualified accountant (FCA) and chartered tax adviser. 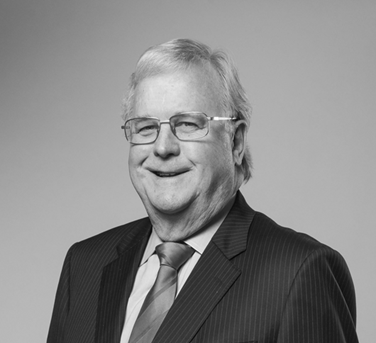 Joined the Group and appointed a director in 2010. He is responsible for strategy and setting corporate direction, as well as leading implementation of the construction and investment strategy across the territories of the Australia Hub. During a long and distinguished career, Jim has held a number of high-profile roles in the engineering and construction industry, including Chief Operating Officer responsible for the delivery of the Sydney Olympic and Paralympic Games in 2000. 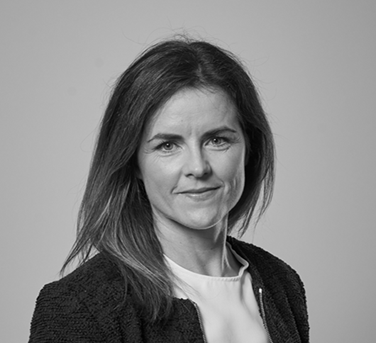 Madeleina joined Laing O’Rourke in December 2015 and is the Group Legal and Tax Director. She was appointed to the Group Executive Committee in April 2017.

Madeleina was previously a partner at London law firm Farrer & Co, which she joined in 2004, where she advised privately owned businesses on corporate structuring and taxation issues and governance.

Prior to this, she spent her training period and earlier qualification years at the Dublin firm of McCann FitzGerald having joined as a trainee in 1999.

Madeleina has a Bachelor of Business and Law (Hons.) degree from University College Dublin and is admitted as a Solicitor in England and Wales (2003) and also in the Republic of Ireland (2002). 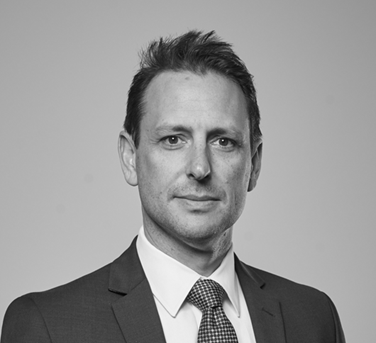 Josh joined the Group Executive Committee in 2019, adding to his current membership of the Europe and Australia Hub Executive Committees. He joined Laing O’Rourke in 2008 and has held executive roles across business development and client services, communications, corporate affairs, government relations, marketing, HR, governance and strategy.

Josh previously served as the Chief of Staff to the New South Wales Premier and Deputy Premier and as an advisor in ministerial portfolios including transport and infrastructure, energy reform, state development and law and order. Originally a radio news journalist, he was awarded the prestigious Walkley Award for Journalism in 2000 for his coverage of the East Timor peacekeeping mission. 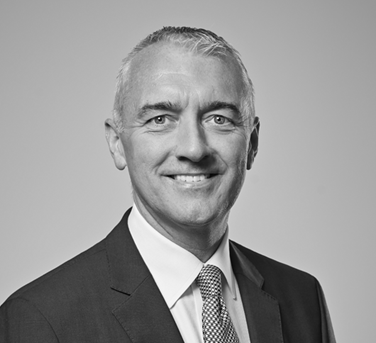 With 30 years’ experience at Laing O’Rourke, John is a member of the Group Executive Committee and several of its subcommittees, making a major contribution to the overall management and governance of the Group.

After qualifying as a Chartered Surveyor in 1990, he spent the first part of his Laing O’Rourke career in the UK, before supporting the Group’s operations in Hong Kong, the Philippines, Dubai, Abu Dhabi and Australia. John has dedicated his whole career to the Group’s success and is a great example of the variety of opportunities the business has to offer.

John was Commercial Director of the Australia Hub, then returned to London to the position of Group Human Capital Director from 2014-2017. This was a critical and strategic role as talent attraction and retention forms one of the cornerstones of the company’s vision – to be the recognised leader for innovation and engineering excellence in the construction sector. John then broadened his role further as both Group Commercial Director and Group Human Capital Director until 2019.

John recognises that meeting the sector’s skills shortage requires positive engagement and collaboration between government, industry, industry bodies and educational institutions, and in this regard John leads Laing O’Rourke’s engagement with the government’s Construction Leadership Council. 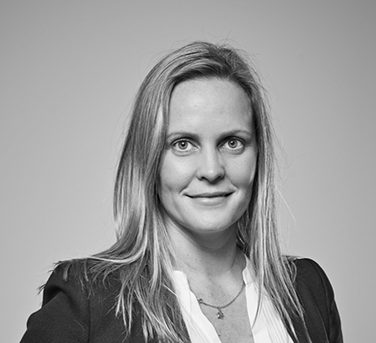 Rebecca Hanley was appointed to the Group Executive Committee in June 2018 as Group Director for Strategy and Transformation.
Rebecca has been instrumental in leading the Group’s development of our Deliver 2025 global strategy. She is spearheading our unique Executive Development Programme – bringing the science of excellence and performance into our operations and has also been deeply engaged in our Advanced Manufacturing, Innovation, Data and Financial Turnaround initiatives. Rebecca previously worked in strategy for Anglo American plc and in financial leadership positions, including for PricewaterhouseCoopers in both the UK and Australia. She is a Chartered Accountant with an MBA from INSEAD in Paris. 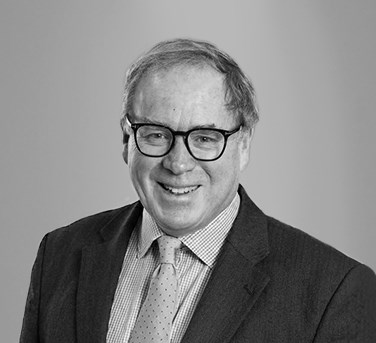 Andrew joined Laing O’Rourke as Group Technical Director in May 2021 and sits on the company’s Group Executive Committee.

He has an intimate knowledge of the construction sector and considerable experience of major capital projects. During his career he has served as construction director for the Heathrow Express Rail Link and programme director for Heathrow Terminal 5. As BAA’s director of capital projects he managed a £10 billion development programme across 10 airports, and from 2011 to 2018 he was the CEO of Crossrail.

Andrew is a Fellow of the Royal Academy of Engineering and has a first-class honours degree in civil engineering and an honorary doctorate from Southampton University. He is a former chair of the Construction Leadership Council and was vice president of the Institution of Civil Engineers. 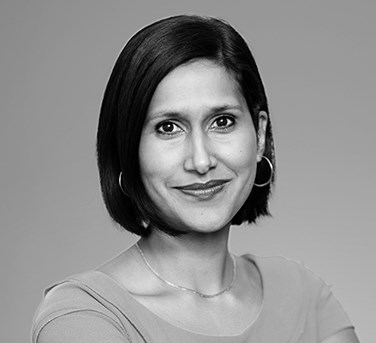 Laing O’Rourke appointed Dr Hayaatun Sillem, CEO of the Royal Academy of Engineering and the Queen Elizabeth Prize for Engineering Foundation, to its Board as a non executive director in March 2022.

Dr Sillem has been named as one of the ‘Inspiring 50 Women in Tech’ and one of the most influential women in engineering.

She chairs the UK government’s Business Innovation Forum and the St. Andrews Prize for the Environment, and co-chaired Sir Lewis Hamilton’s Commission on Black Representation in motorsport. 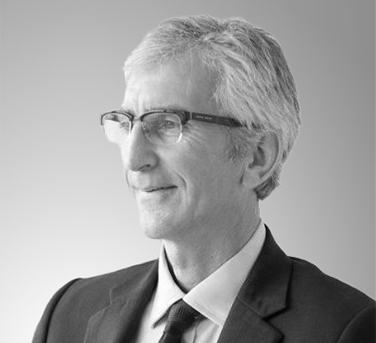 Greg joined the Laing O'Rourke Board as an independent Non-Executive Director in September 2018. He also chairs the Audit and Risk Committee and is a member of the Finance Committee.

Previously, Greg was a Senior Partner at Deloitte LLP and built Deloitte Offshore over 27 years into a highly successful business. 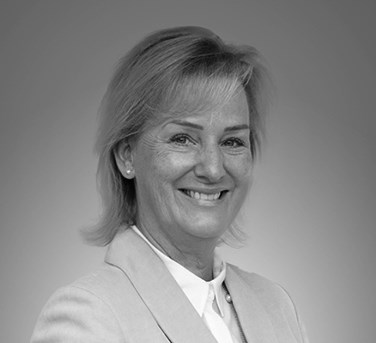 In addition to her role on the Board, Charlotte is a member of the Laing O’Rourke Audit and Risk Committee, the Remuneration, Nomination and Governance Committee and the Finance Committee.