The first extension of the tube network this century provides easy access to 25,000 jobs and 20,000 new homes in south London.

The new line extends the Charing Cross branch of the Northern Line from Kennington to a new terminus station at Battersea Power Station, with a new intermediate station at Nine Elms. The stations are connected to the existing network via 6.4km of new running tunnels and two new shafts for ventilation and evacuation purposes.

When the NLE opened to passengers on 20 September 2021 it made it possible to travel from Battersea to the west end of London in just 15  minutes.

Complex engineering
The scope of work involved the design, construction, testing, commissioning and bringing into revenue service the line extension, which included tunnelling, installation of the track-bed and trackwork, significant elements of the mechanical and electrical works and the construction of the two new stations.

One of the most significant and challenging interfaces was the creation of two step plate junctions for the connections to the existing operational tunnels. Through a highly collaborative approach between FLO, the designers and London Underground, an innovative solution enabled a 40 per cent reduction in tunnel length and overall diameter.

This, along with a targeted specialist review to reduce the tunnel lining thickness, enabled significant embodied carbon savings on the project.

Digital modelling, the development of specialist equipment (improving delivery and safety through reduced manual handling), and a detailed live asset monitoring programme gave all stakeholders certainty in the delivery. An extended Christmas possession in early 2018 enabled the removal of existing tunnel segments, installation of new track and associated points for the final connection to the live operational environment. This work was completed ahead of time enabling normal train service resumption without any interruption to the travelling public.

The trackwork design and construction also included the largest underground rail crossover on the London Underground network. The team brought these into use early, which benefitted the overall programme by making it possible to use engineering trains to deliver 90 metre lengths of rail directly into the tunnels and stations. These engineering trains also delivered high voltage equipment and traction power cabling direct to where it was needed.

To accommodate the increase in passenger numbers at Kennington station four new pedestrian cross passages were created. These works – excavation, iron linings, fit-out and mechanical and electrical installations – were all completed while keeping the station operational. Close collaboration with London Underground’s staff at Kennington station was fundamental to the successful completion of these difficult works.

Other key stages of the project included getting power into the four sites and the installation and testing of a system to have 22kv of power on. This was followed by a period of trial operations, with the new railway and stations staffed by London Underground operations employees and the FLO team training them. The result was a smooth transition into revenue service. Finally, as part of the design and build contract, our team developed the Project Assurance Plan, which was exacting and required thorough evidencing.

Programme certainty and integrated delivery
Despite the challenges of the pandemic, the project was completed on time and budget. Our programme compliance, excellent safety performance and quality delivery, is owed in large part to our use of digital engineering and off-site manufacturing.

This extension will help to support thousands of new jobs and homes as we move forward with London's recovery from the pandemic. The new stations are beautiful and I encourage Londoners and visitors to start using the Northern Line Extension to get around.

Our team developed a central 3D model through the design and preconstruction phase to assure programme durations, cost predictability and to design out risk. A large proportion of the works were delivered by our directly employed workforce and in-house specialist businesses, Expanded, Crown House Technologies, Select Plant Hire and Vetter. This integrated delivery approach allowed greater co-ordination and control, enabled the use of modern methods of construction for cladding, platforms and MEP modules, which supported safer outcomes, and underpinned the success of the scheme.

NLE has been hailed as a significant success and a model for future capital projects. This success was only made possible by the integrated one-team approach between FLO and London Underground, with common goals and the sharing of a delivery vision.

This is the first major Tube extension we've opened this century. It has been a monumental effort during the most challenging of times, but the opening of the Northern Line Extension could not have come at a more vital moment as London's recovery from the pandemic gathers pace and people continue to return to the Tube network for work and leisure.

Creating social value
We worked to enhance local communities as part of our delivery of the NLE. This included the provision of 79 apprenticeships, the employment of 159 people who were previously jobless, 115 engagements with local schools and providing 1,629 days of work experience to equip people with valuable skills and increase their employability.

The opening, in autumn 2021, has been our stated target since 2018 and despite COVID-19 it has been possible through the positive and collaborative working approach that FLO has brought to the NLE delivery. It’s a great success for us all.

minute journey to the West End and City 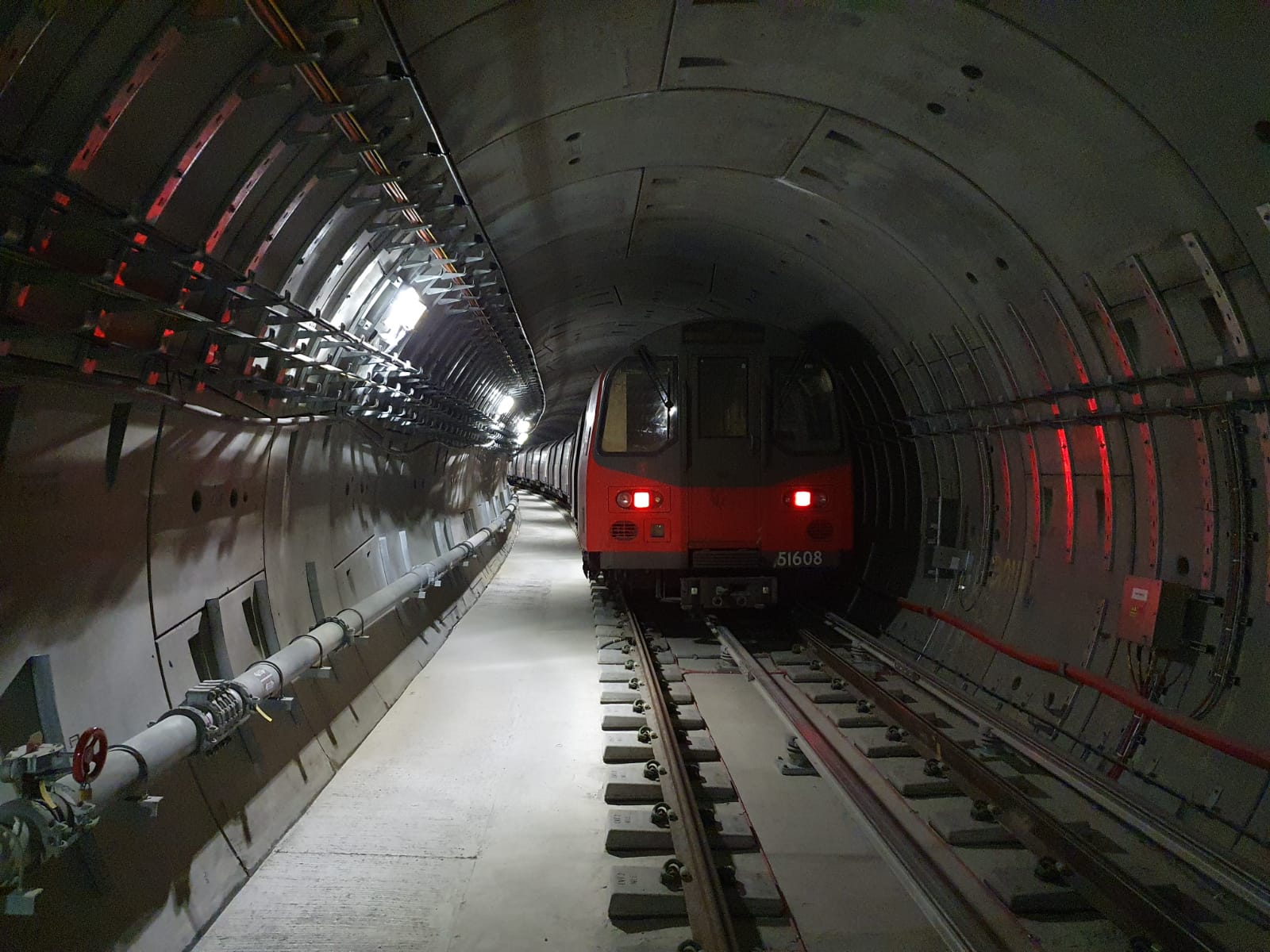 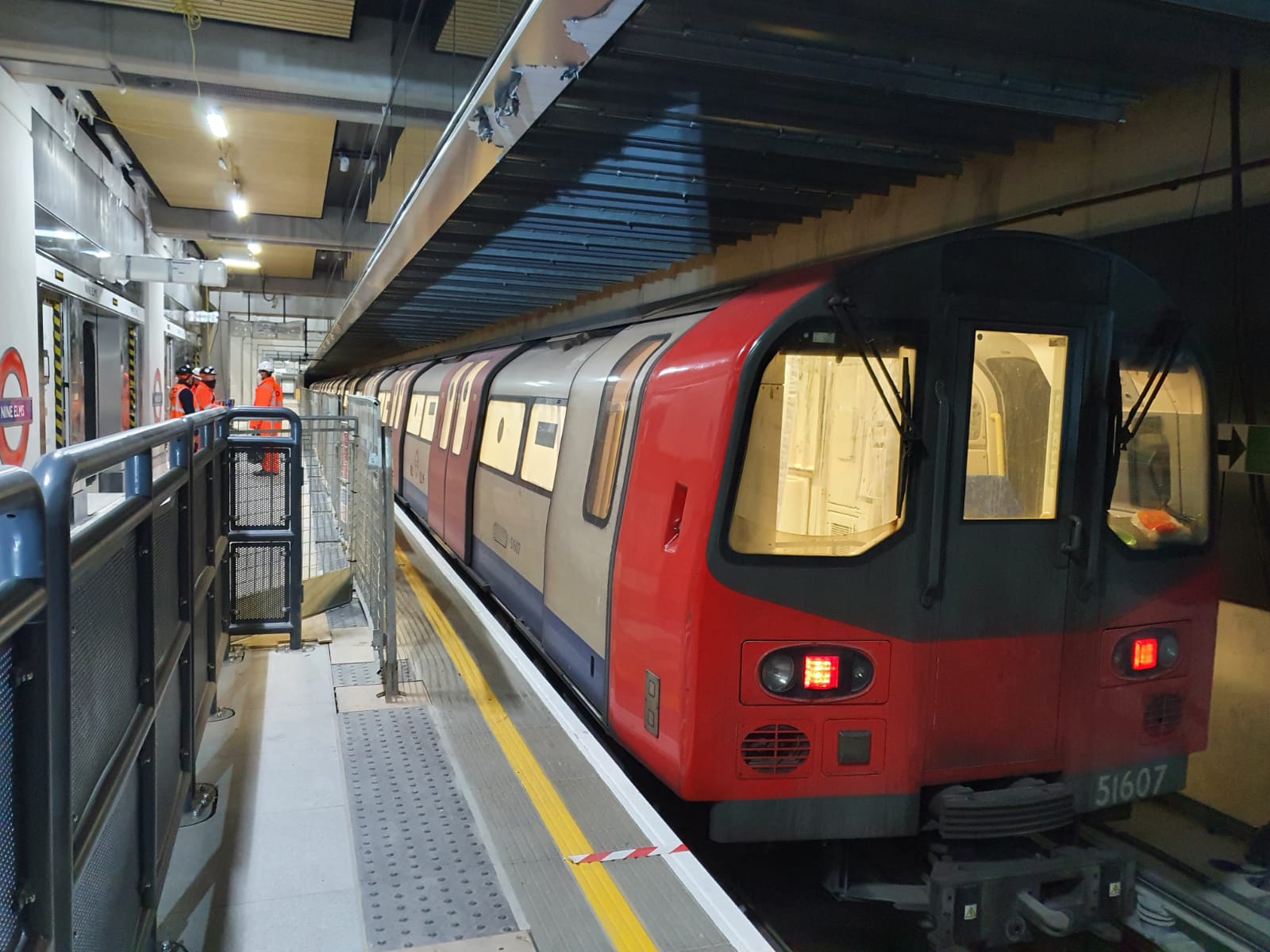 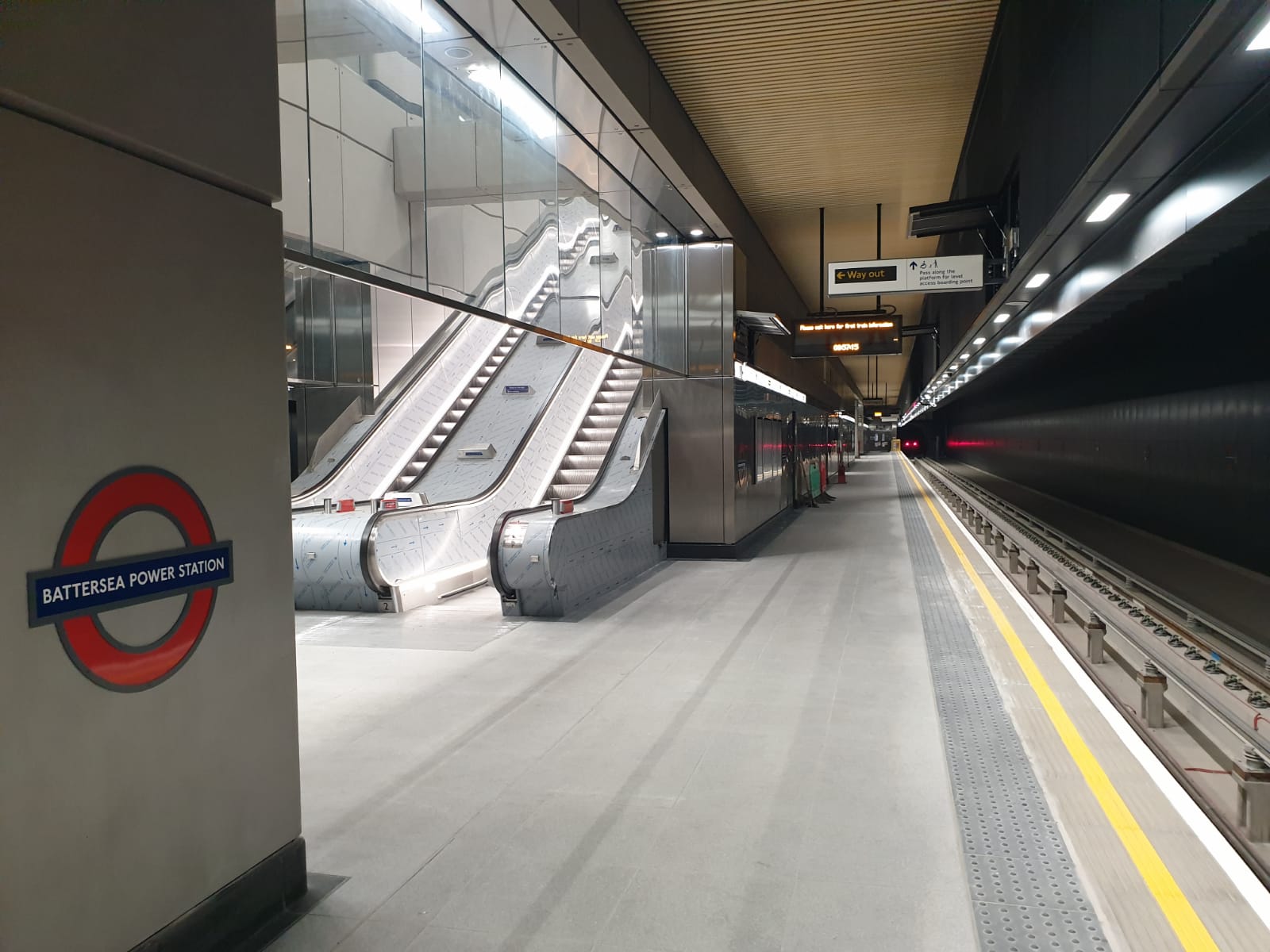 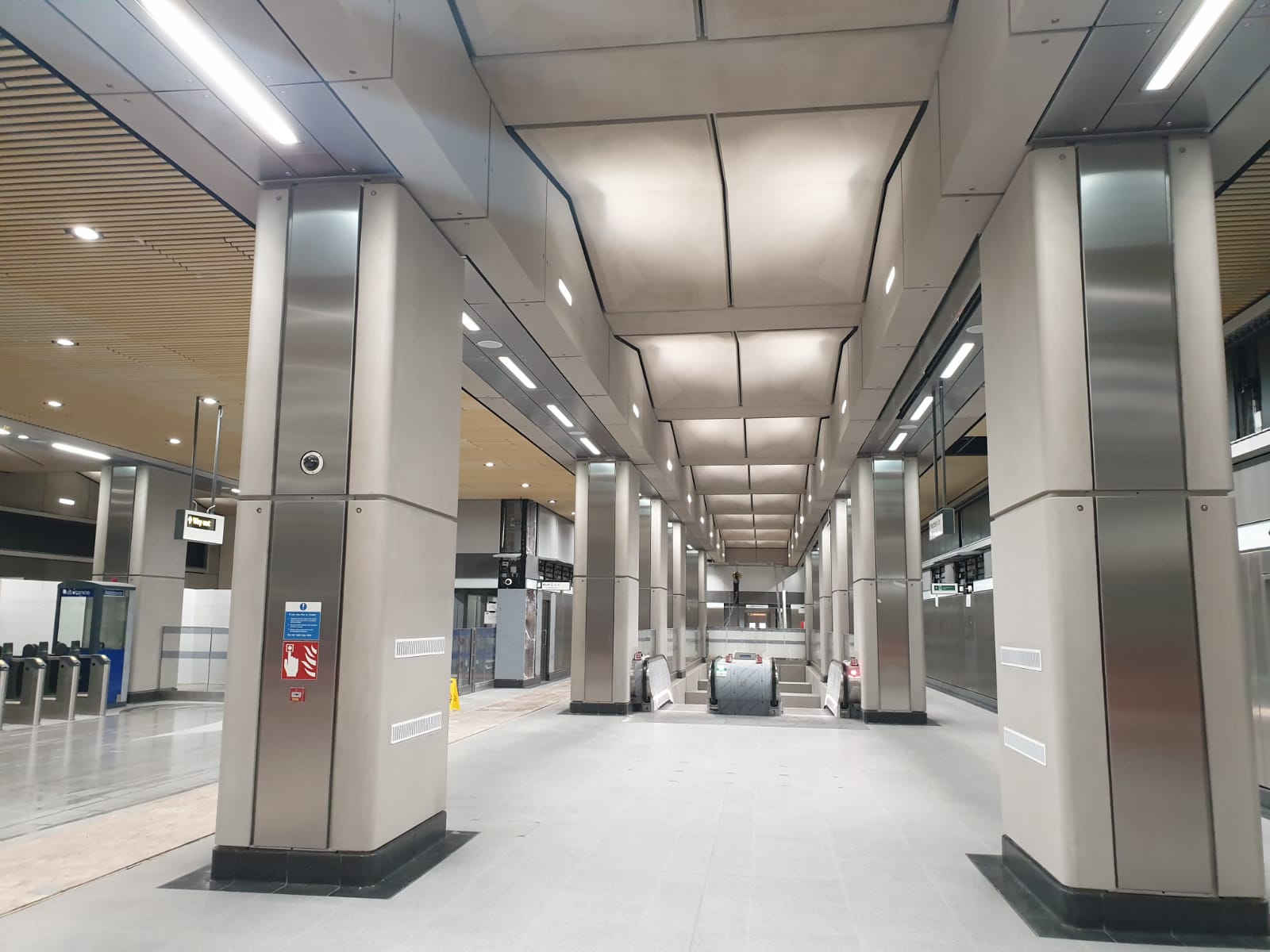 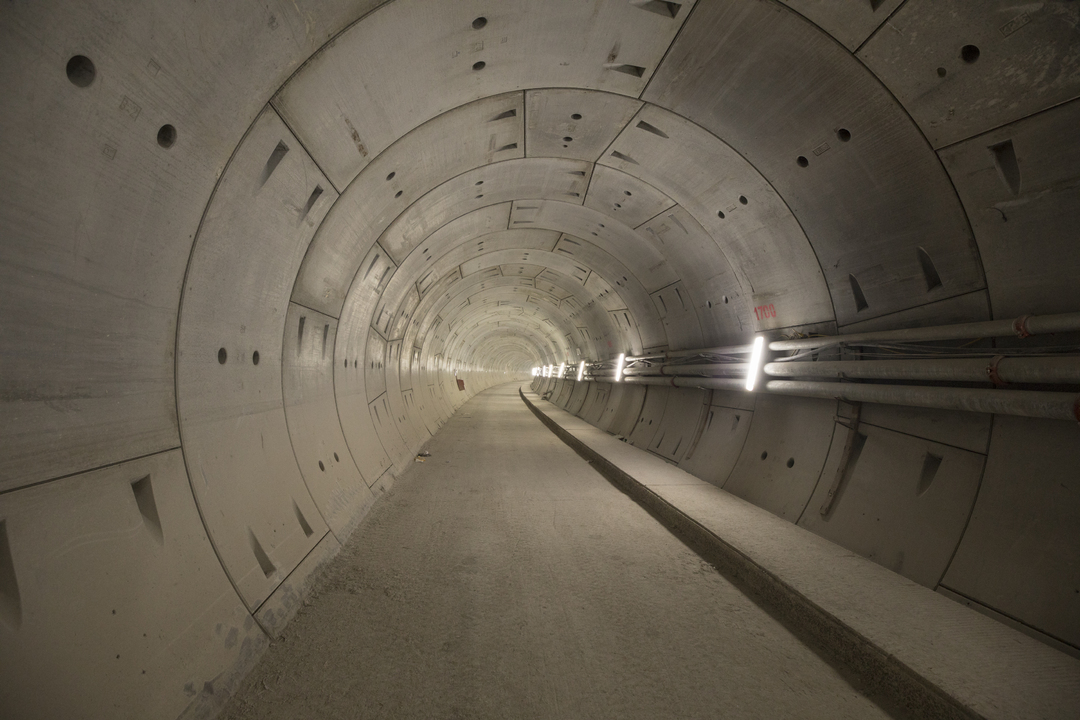