Manchester Airport one year in 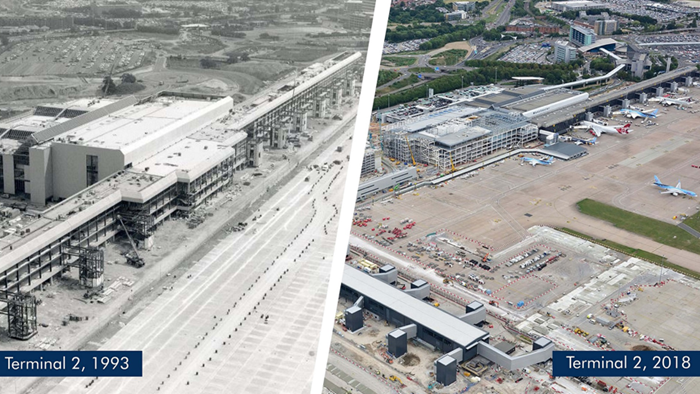 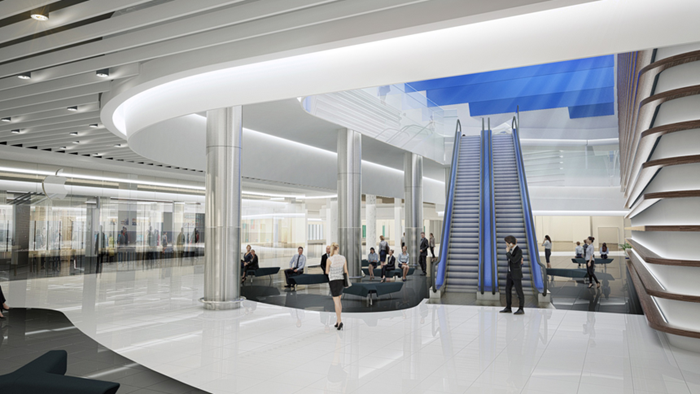 Manchester Airport is marking one year of construction on the biggest investment project in its history. The transformation will see Terminal 2 become 150% bigger than it currently is and become the focal point of the airport’s operations.

It today released time-lapse footage showing how the project has progressed over the past 12 months.

The programme got under way a year ago after a visit by the Secretary of State for Transport, Chris Grayling. Since then, the airport’s skyline has changed dramatically as the first pier has been built and over 70% of the steelwork has been erected on the terminal extension.

Bryan Glass, Laing O'Rourke Project Director, said: “We’re on schedule to deliver the transformation of Terminal 2 and that certainty of delivery has been driven by our offsite construction approach, with elements of the project manufactured offsite and assembled by our expert project team and technicians. There’s no room for complacency of course! Our team is focused on the next milestone – hand over of the first pier in January 2019.”

It’s one of the biggest construction programmes in the North of England and there are currently 1,200 people working on site – including 80 apprentices, in trades ranging from plumbing and scaffolding to quantity surveying and civil engineering. At the peak of the project, at the beginning of 2019, it is expected that nearly 1,500 people will be working on site with a target of 150 apprentices.

Since the first spade went in the ground, £185m has been spent with SMEs in the supply chain within a 35-mile radius of the airport.

So far on the project, on the terminal extension and pier:

Andrew Cowan, CEO of Manchester Airport, said: “This is the largest investment ever made in the airport and will transform the experience for our passengers and airlines alike, as well as creating job and training opportunities for local people and boosting businesses working on the scheme in the process.

“Walking around the site, you really get a scale for how big the project is and the benefits its delivering for not only people securing jobs on the site but also the companies from across the North working on the scheme."

The first pier is set to open to passengers in April 2019.  At 216m long if it was stood upright it would be the tallest building in Manchester.The terminal extension is on course to open in 2020.